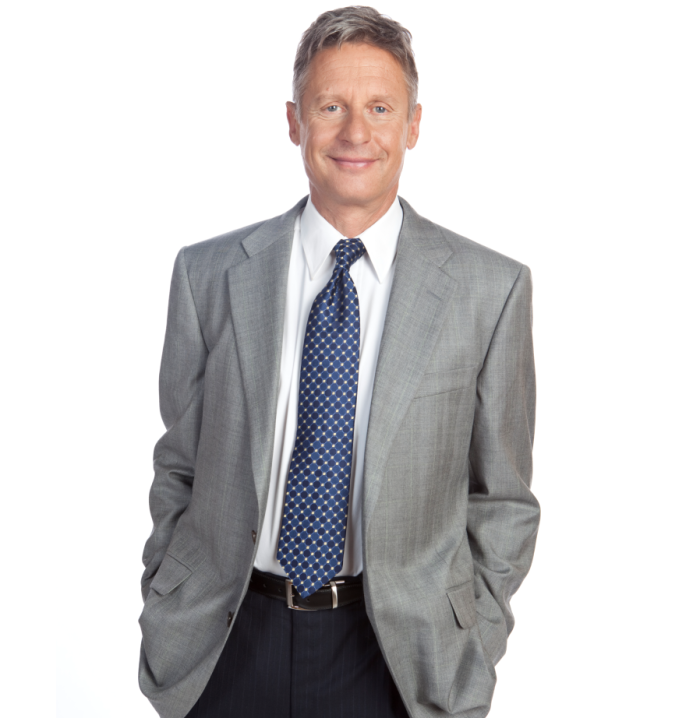 2016 is shaping up to be a potential breakthrough year for the Libertarian Party, and there’s only one candidate who has the seriousness, credibility, and principles to lead the Libertarian ticket: the former Governor of New Mexico, and the most successful Libertarian presidential candidate in over thirty years: Gary Johnson.

As Johnson is the first to acknowledge, the Libertarian nomination process is open, competitive, and ongoing. So far we’ve had Steve Kerbel and Marc Allan Feldman on the show, and have found them both perfectly agreeable gentlemen. We’ve seen Austin Petersen and John McAfee bring a dash of controversy to the race.

None of them have given any indication that they could be, or are serious about trying to become, the next President of the United States. None of them have given any indication they could earn serious media coverage or vote totals for the Libertarian Party in 2016. Some of them say they intend to focus on building the party instead of doing those things. The more likely result, is that a campaign ostensibly focused on party-building instead of earning votes, will not do a very good job of either.

We have also seen efforts from some quarters, to promote their preferred alternatives for the nomination, with grossly negative attacks and malicious smears and whisper campaigns. These attempts have been unpersuasive, and we don’t expect them to become any more persuasive with repetition.

When the delegates to the Libertarian National Convention gather in Orlando at the end of May, we will be presenting to the nation our choice for President of the United States. As a successful two-term Governor and entrepreneur, Johnson is not only qualified to be President, he’s better-qualified than what we usually get for the office. A self-made millionaire, experimental aircraft pilot, and world-class mountain climber and triathlete, he has a personal story to match his credentials.

On the issues and message, instead of preaching to the choir with obscure insider jargon, Johnson offers an outward-focused campaign that can sell libertarianism to the broad classically-liberal center of American politics. The vast unrepresented majority of fiscally conservative and socially liberal voters who have been disenfranchised by the two-party-only-system and are ripe to fuel the rise of a third major party.

Gary Johnson is the only candidate for 2016 who has demonstrated he can substantially improve our party’s vote totals, winning more votes than all other alternative candidates combined in 2012, and was the first nominee ever to win over a million votes. For the 2016 presidential nomination of America’s third-largest political party, there’s hardly a choice at all.

That’s why we here at the Old Dominion Libertarian Radio Network- Joe Enroughty, Jeff Kleb, Alex Butler, Jeffry Sanford, and Andy Craig- are unanimously endorsing Gov. Gary Johnson to be the 2016 Libertarian nominee for President of the United States.

One thought on “ODLRN: Why We’re Endorsing Gary Johnson”